Introduction to Our First Catalog of Native American Literature

Leslie Marmon Silko is a writer of mixed ethnicity -- part Laguna Pueblo, part Mexican, part white -- who writes from the perspective of one who is not of the mainstream, dominant culture yet cannot fully identify with, and is not fully embraced by, the ethnic subculture either. Her novel, Ceremony, was a key book in the growth and maturation of Native American writing in this country, and its publication helped open the way for other American Indian writers, especially women writers, to get published. Ceremony has since become a standard volume on college campuses, introducing questions of ethnic identity and cultural values that have helped shape the discourse on multicultural issues for the past two decades. Silko was the recipient of a "genius grant" from the MacArthur Foundation.

A book was the cause of the only big quarrel my great grandmother ever had with her daughter-in-law, Aunt Susie. The old-time Pueblo people abhorred confrontations, especially with family members. So I was almost grown and Grandma A'mooh had passed on before my mother ever discussed the incident. The quarrel had occurred years before, and few people knew about it; but Grandma A'mooh was very fond of my mother and told her the story. 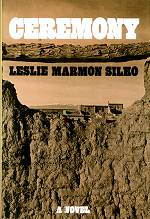 It seems that when the War Department surveyed graduates of the Carlisle Indian School, they noted shocking recidivism; the graduates who had once looked so well-scrubbed and earnest in their dark suits and long dresses "went back to the blanket" as soon as they returned home. They abandoned civilized clothing; they grew their hair long again, and they refused to speak English.

The U.S. Government had taken every precaution to sever the Indian students' ties with their families and tribes. Children were taken by force if necessary, put on the train and sent thousands of miles to the boarding school in Carlisle, Pennsylvania. The Government did not allow the children to return home for visits in the summer. Instead the Indian students were hired out to Carlisle families for domestic and farm work. The Government policymakers believed that if the Indian children were kept far enough away from their families and homeland long enough, the Indian School graduates might never return to the reservations, but instead melt into the cities in the East to work as maids and farmhands.

What was needed was an "extension program" which would reach Carlisle graduates after they returned home to reinforce all of the civilizing and instruction given at the boarding school. Thus it was that the book, Stiya, The Story of an Indian Girl, came to be. Marion Bergess, a white woman who worked as a teacher and dormitory matron at Carlisle, wrote the novel under the fake Indian name, "Tonka." The U.S. War Department published the book in 1881; as far as I know, distribution was limited to Indian boarding school graduates.

The book was written from the point of view of a young Pueblo girl named Stiya after she has returned home from Carlisle and struggles to retain her "new identity" and "civilized" ways despite growing hostility and pressure from her family and from the Pueblo community where she grew up. Marion Bergess revealed the whites' perspective of Pueblo people as she described the sights and smells of the village, which repel Stiya and even nauseate her. Bergess projected all of her own fears and prejudices toward Pueblo life into her Stiya character. Stiya refuses to wear traditional Pueblo clothing and she speaks only English although her family absurdly insists she speak their "gibberish." She refuses to go to the plaza for the sacred ka'tsina dances because they are "lewd." Just when she seems most alone, when the pressure of the tribal elders seems almost to break her, the Government arrests and imprisons those same elders for performing "obscene" pagan dances. Stiya is right and good; all the others are wrong, bad and dirty----very, very dirty. Bergess could not emphasize too much the filth and the odors she imagined in Stiya's village. There are a number of authentic memoirs and autobiographies of Indian women who went away to Indian Boarding School around 1900. Helen Sequakautewa describes the experience in her book, Me and Mine: The Life Story of Helen Sekakauptewa, and Polingasi Qoyawayma (Elizabeth Q. White) also describes her experiences after returning from a government boarding school in her book, No Turning Back. Although the readjustment to village life was not easy for these young Indian women, still the reader is struck by the overwhelming love and respect which the women have for their families and communities despite the numerous conflicts which did arise between the boarding school graduates and village traditionalists. 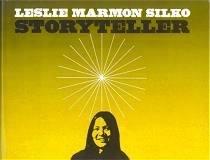 By contrast, the Stiya character Bergess created is detached from land and from village life. The Stiya character has no affection for any family member; every aspect of Pueblo life is repugnant; vile odors and flies abound. Stiya is filled with self-loathing when she remembers that she grew up in this place. She has only loathing for the traditional Pueblo ways. Stiya wonders how she can possibly endure the squalor, and these questions were exactly the sort that the U.S. Department of War wanted Indian school graduates to ask themselves. It was never too late for a Carlisle graduate to move to the city.

All Carlisle Indian School gradutes who returned to their home reservations received a copy of Stiya in an attempt to "inoculate" them against their "uncivilized" families and communities. I don't know what year this was, but since Aunt Susie was already married to Uncle Walter, it must have been around 1900.

As soon as the parcels from Carlisle began to arrive at the post office, there must have been a stir of excitement among the Carlisle graduates. Those who had graduated some years before were quite curious about the book. Aunt Susie would have been one of the first to finish reading Stiya because she loved to read. Grandma A'mooh began reading the book but, as she read, she became increasingly incensed at the libelous portrayal of Pueblo life and people. There was a particularly mendacious passage concerning the Pueblo practice of drying meat in the sun. The meat was described as bloody and covered with flies. Grandma A'mooh was outraged.

About this time, Aunt Susie came over. Aunt Susie loved discussions and she was anxious to find out what Grandma thought about the book. But Grandma A'mooh was in no mood for discussion; she told Aunt Susie the only place for this book was in the fire, and she lifted the lid on her cookstove to drop in the book. 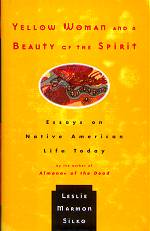 Aunt Susie was a scholar and a storyteller; she believed the Stiya book was important evidence of the lies and the racism and bad faith of the U.S. Government with the Pueblo people. Grandma A'mooh didn't care about preserving historical evidence of racist, anti-Indian propaganda; a book's lies should be burned just as witchcraft paraphernalia is destroyed. Arguments and face-to-face confrontations between mother-in-law and daughter-in-law were avoided if possible but, that day, they argued over a book.

Books like Stiya, purportedly written by Indians about Indian life, still outnumber books actually written by Indians. It is because of books like Stiya that Native American communities concern themselves with the origins and authorship of so-called "Indian novels" and "Indian poetry." Books have been the focus of the struggle for the control of the Americas from the start. The great libraries of the Americas were destroyed in 1520 because the Spaniards feared the political and spiritual power of books authored by the indigenous people. As Vine Deloria has pointed out, non-Indians are still more comfortable with Indian books written by non-Indians than they are with books by Indian authors.

Now, fewer than five hundred years after the great libraries of the Americas were burned, a great blossoming of Native American writers is underway. This catalogue reflects the diversity and vitality of Native American literature today.