Tim O'Brien - An Introduction to His Writing

Tim O'Brien is of the generation of writers who came of age during the Vietnam War era and his writing has focused on that turbulent period in American history with compassion and insight. He is widely recognized as the preeminent American novelist of the Vietnam experience and his novels have gained widespread critical and significant popular success because of their ability to translate the experience of wartime into perspectives on the largest questions of life and death. His books share the highest aspirations of great art--to find meaning in the world and to show the way toward it through the human experience. That he has been remarkably successful is attested to by critical accolades, literary awards and, perhaps most tellingly, by the letters of heartfelt gratitude he has received from readers of his books. 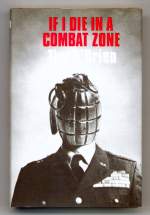 O'Brien's first book, If I Die in A Combat Zone, was published in 1973 and was praised as a powerful memoir of an intelligent young soldier's experience in the Vietnam war, a morally ambiguous quagmire and a physically horrific experience. Combat Zone received the kind of praise young writers dream of: critics compared it as a war memoir to the writings of Melville, Crane, Whitman and Hemingway, and as an American spiritual autobiography to the writings of Franklin, Thoreau and Henry Adams. The New York Times Book Review wrote that "Tim O'Brien writes with the care and eloquence of someone for whom communication is still a vital possibility" and called it "a beautiful, painful book." The London Times wrote that "through such writing...the American language [may survive]."

As powerful as it was as memoir, Combat Zone was not simply an autobiography: O'Brien used fictional techniques and revised the book between its hardcover publication and its release in paperback. His publisher re-categorized the paperback reissue as "fiction" (although this could have had more to do with marketing concerns than with a change in focus on O'Brien's part). As accomplished as Combat Zone was, O'Brien's next writings were even more ambitious.

His second book, the novel Northern Lights, was concerned with two brothers living in the northern reaches of Minnesota. Set against the backdrop of the harsh and unforgiving upper Midwest, the brothers' differences and conflicts--one was a Vietnam vet, the other a protester against the war--were brought into focus as part of a much larger struggle--of men against their own natures, and against nature itself. The New York Times Book Review called it a "work of serious intent with themes at least as old as the Old Testament." The moral dimension of O'Brien's writing was clear, as was the seriousness of his grappling with those timeless issues.

In 1978, O'Brien's third book, Going After Cacciato, was published and was a "breakthrough" for him in terms of critical and commercial success. A front page review in The New York Times Book Review said that "to call Going After Cacciato a novel about war is like calling Moby Dick a novel about whales." Cacciato was the winner of the 1979 National Book Award--a surprise both because it won over the immensely popular bestseller The World According to Garp but, more importantly, because the Vietnam war, which had come to an end only three years earlier after polarizing the country for a decade, was still so fresh in the American consciousness that it was not thought that a novel dealing with the war directly could yet be viewed objectively and appreciated on its own terms. Cacciato combined passages of straightforward realism with a "magical realism" reminiscent of Gabriel García Márquez and other writers of the Latin American "boom." Cacciato was honed and shaped by O'Brien right up to the last minute before publication--the bound proofs of the book, prepared by the publisher just weeks before the book was to go to press are markedly different from the published version. Not content with leaving as is a book that had won his country's most prestigious literary award, O'Brien has continued reworking it since publication, with different versions having been published in the years since. As a craftsman, O'Brien leaves as little to chance as possible, revising his work incessantly; as an artist, he strives for the clearest expression and the greatest impact. 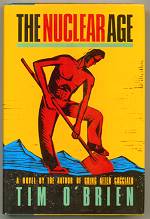 O'Brien again followed his war novel with a book pointedly not about war, or at least not about combat. The Nuclear Age dealt with contemporary life in the Cold War era--the aspects of war that haunted and permeated our everyday lives in that time. Again, it showed the remarkable degree of moral responsibility he felt as an artist, and his willingness to tackle complex and morally difficult problems. Enormous amounts of research went into the novel, as O'Brien educated himself on everything from nuclear armaments to contemporary social policy. Not as commercially successful as Cacciato, it nonetheless showed O'Brien's willingness to take artistic risks for the sake of an important goal.

In 1990, The Things They Carried was published and signaled O'Brien's arrival at a new level of literary accomplishment. A collection of related stories about the Vietnam war with a fictional "Tim O'Brien" reappearing as a thread of continuity, The Things They Carried was universally acclaimed as the most powerful fiction to come out of the Vietnam experience. O'Brien succeeded in writing the Vietnam war's equivalent of Stephen Crane's Civil War classic, The Red Badge of Courage--a simple tale told from the perspective of one foot soldier, which rings with authenticity and universality made all the more powerful by seeming not to pretend to much beyond a simple accounting. The whole sequence of stories is couched in reflections on storytelling, the nature of stories and their relation to truth, which provides the book with its own context: O'Brien is writing for a contemporary audience that shares his knowledge of Vietnam, but he is also writing for all those who will have only the story to go by, not the experience.

The Things They Carried was one of the most highly praised books of recent years: the title story won a National Magazine Award; the book was a finalist for the National Book Critics Circle Award, a finalist for the Pulitzer Prize, winner of the Heartland Award from the Chicago Tribune, winner of the French prize for the best foreign book of the year, chosen by the New York Times Book Review as one of the nine best books of the year in all categories, recipient of a special citation from the American Academy of Arts and Letters, and much more. Critics seemed at a loss for words that would measure up to the book's impact and accomplishment. One wrote "It will be nominated for prizes, but I wonder if any prize will do it justice." Another well-respected novelist said "A certain panic arises in me. In trying to review a book as precious as The Things They Carried by Tim O'Brien, there is the nightmare fear of saying the wrong thing--of not getting the book's wonder across to you fairly--and of sounding merely zealous, fanatical, and hence to be dismissed... In a world filled too often with numbness, or shifting values, these stories shine in a strange and opposite direction, moving against the flow, illuminating life's wonder, life's tenuousnes, life's importance." 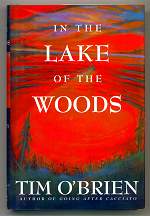 O'Brien's most recent novel, In the Lake of the Woods--set in the lake country of northern Minnesota--continued the pattern of following a book that was directly related to war with one that took war's experiences and lessons and brought them back into a more peaceful, but no less morally difficult, context. One of the most highly praised books of the year, it too received both critical acclaim as well as literary awards. It was chosen by Time magazine as the best novel of the year, and by the New York Times Book Review as one of the best books of the year in all categories. O'Brien considered it his best book when asked, and yet still continued revising it right up to publication and beyond: the paperback reprint, issued a year after the book's hardcover publication, contains substantial and dramatic revisions.

O'Brien strives to perfect his vision and his expression of it, grasping for transcendent moral truths while reaching squarely into the unadorned, direct experience of our times for his material. His approach is to use simple, clear prose--"as clear as one of his northern Minnesota lakes," in the words of one reviewer, and reflective of the clear values of his midwestern upbringing--to explore not only the moral quagmire of the Vietnam war but also the moral ambiguity of modern life--our self-deceptions and compromises--and to thus reveal the essential nature of our humanity. Tim O'Brien has been called "the best writer of his generation." His work will stand the test of time, and the archive of his manuscripts will be a literary milestone of our era.