Introduction to Our Catalog of Authors' Firsts

Andre Dubus was the author of nine volumes of fiction and two collections of essays. His most recent collection of stories, Dancing After Hours, was published by Alfred A. Knopf in 1996 and was nominated for the National Book Critics Circle Award for fiction. His most recent book was Meditations From a Moveable Chair, a collection of essays that includes the following essay, which originally appeared in our "Authors' Firsts" catalog. He was compared by critics to Chekhov, Flannery O'Connor, and Raymond Carver, among others. The Minneapolis Tribune said of him: "There isn't a better short story writer in America." Dubus was the recipient of numerous awards, including two Guggenheim Fellowships and a MacArthur Foundation "genius grant" in 1988. He died in 1999. 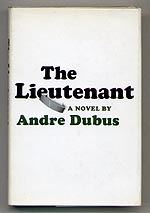 My first book was a novel, bought by Dial Press when I was twenty-nine, and published when I was thirty. If I were a young writer now, thirty years later, that book would not be published. My first book would be the collection of stories that was my second book, published when I was thirty-nine, in 1975, by David R. Godine, a small publisher. In 1975 Mark Smith, the novelist, told me that the average age of the writer of a first novel or book of stories would from then on be thirty-nine. He said publishers used to buy a writer's talent, hoping that the writer's fourth or fifth book would sell enough copies to earn money. He said: Now they want the money with the first book. When Dial bought my novel, they were doing what publishers used to do: paying a small advance, printing a small number of books, and waiting for me to grow, or my readers to multiply. They did not want my second book, because it was a collection of stories, and years later, with gratitude, I found David Godine.

I am writing this over twenty years after Mark Smith's prediction. In this decade I have read manuscripts of good novels and collections of stories that New York publishers have rejected. These rejections are not the sort that should dishearten a writer; in essence, they have said: I like this book, but don't know how to sell it. One day a couple of years ago, my concern shifted for a few moments from writers to editors, and I phoned my agent and told him there must be a lot of frustrated editors too. He said: Of course there are; an editor wants to buy a book and he shows it to the managing editor who calls someone at the bookstore chains, a guy who was selling cars six months ago and thinks of a book as a unit, and that guy says We won't sell it, and the editor has to reject it. I do not know if Mark Smith was thinking about bookstore chains in 1975; nor do I know if the chains existed then, or if now they are the major reason for large publishing houses' treatment of first books. But I do know that it is much harder now to publish a first book than it has ever been in my adult life, and I believe the small publishers, always important as the homes of poets, are more important, offering more hope, than ever before. 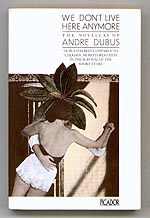 A first book is a treasure, and all these truths and quasi-truths I have written about publishing are finally ephemeral. An older writer knows what a younger one has not yet learned. What is demanding and fulfilling is writing a single word, trying to write le mot juste, as Flaubert said; writing several of them which becomes a sentence. When a writer does that, day after day, working alone with little encouragement, often with discouragement flowing in the writer's own blood, and with the occasional rush of excitement that empties oneself, so that the self is for minutes or longer in harmony with eternal astonishments and visions of truth, right there on the page on the desk; and when a writer does this work steadily enough to complete a manuscript long enough to be a book, the treasure is on the desk. If the manuscript itself, mailed out to the world where other truths prevail, is never published, the writer will suffer bitterness, sorrow, anger, and, more dangerously, despair, convinced that the work was not worthy, so not worth those days at the desk. But the writer who endures and keeps working will finally know that writing the book was something hard and glorious, for at the desk a writer must try to be free of prejudice, meanness of spirit, pettiness, and hatred; strive to be a better human being than the writer normally is, and to do this through concentration on a single word, and then another, and another. This is splendid work, as worthy and demanding as any, and the will and resilience to do it are good for the writer's soul. If the work is not published, or is published for little money and less public attention, it remains a spiritual, mental, and physical achievement; and if, in public, it is the widow's mite, it is also, like the widow, more blessed.