Introduction to Our First Catalog of Vietnam War Literature

Robert Olen Butler has written a number of novels and collections of short stories, including The Alleys of Eden and On Distant Ground, two of the most highly praised literary treatments of the Vietnam war and its aftermath. His collection of stories, A Good Scent From a Strange Mountain, won the Pulitzer Prize for fiction in 1993. 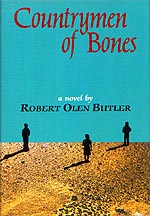 The man we called Sparky lived down a dusty path in the village of Honai. He was our contact who somehow always seemed to find out when the VC were going to rocket the nearby air base at Bien Hoa. The other American intelligence agent and I, fooling no one about our military identities with our PX chinos and hush puppies, would come to Sparky's house and the information he gave us always seemed an incidental matter for him. His wife had the table covered with food, more food than I'm sure they could afford to give someone outside their family. But Sparky would say, "Come. Sit and eat with me," and he would sit us down and he would talk about his home in the North, how he and the other men of this village had carried the bell from their Catholic church eighteen hundred kilometers to this place.

And at Tet we ate stuffed goose and stewed chicken and sauteed beef and cauliflower with liver and the dishes which could only be called by the rich little monosyllables of their Vietnamese names, the cha gio and the thit ham and the vit tiem, and we ate mangosteens with ice in thin glasses and we smoked Sparky's water pipe until we were soaked with sweat and Sparky was weeping with friendship. "You are the nicest Americans I have ever met," he said, because we spoke to him in his own language and we bowed to his wife whose teeth were red from chewing betel nuts. And when our unit stood down and we were about to leave, he said, "We have spoken many words together. Do not forget. Please remember me and my family." 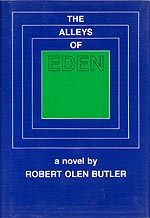 The books that are represented in this catalog make the same request of us. Some are written in tears, like Sparky's, full of regret and loss. Some are written in outrage, some in despair, some in guilt, some even in a kind of nostalgia. But they all say: "We have tried to make sense of this welter of experience by words. Many words have been spoken and we must not forget." And as a novelist I would further say that it is fine to examine Vietnam with our minds, but more importantly we must not forget the way life happened in Vietnam moment-to-moment, in the sense-based, unabstracted experience of individual sensibilities. And when works of art ask us to enter these sensibilities, don't forget that this war involved Americans only secondarily. We had our one-year tours into Vietnam and our own souls, but we came back to a place that was our own. Even those Americans who continue to struggle with their experiences have a country and a culture and representative government to rail against. The Vietnamese had no home away from the war, and now 800,000 of them live among us with a sense of loss that we can only vaguely imagine. Read about Vietnam and all that we Americans suffered and learned, but also remember the Vietnamese.