Introduction to Our Second Catalog of Native American Literature

Joseph Bruchac is a writer of Abenaki descent who has carved out a unique and important place in contemporary American Indian literature as a poet, storyteller and chronicler of traditional stories, novelist, and publisher. He founded the influential Greenfield Review Press, which published many writers of Native American and other ethnic descent who might not have been published otherwise, including early books by Leslie Marmon Silko, Linda Hogan, and others. Bruchac's "Dawn Land" series of historical novels is the first attempt to reconstruct, in fiction, the daily life of the indigenous tribes of America prior to the coming of the Europeans.

When people ask me what led me to become a writer and storyteller, I always tell them that it was due in large part to the influence of my maternal grandparents who raised me. And, I add, my lifelong interest in my Native American heritage stems from my dark-skinned Abenaki grandfather, Jesse Bowman. My grandmother kept our house filled with books. However, as far as I know, Grampa Jesse never read a one of them. He could barely read a newspaper. His formal schooling ended in fourth grade when he jumped out a schoolhouse window after having been called a "dirty Indian" one too many times. Yet it is his voice that I often hear when I begin to tell a story and I feel his gentle encouraging presence with me as I start to write. Time and again, I have seen my grandfather's face in the faces of Native elders who have been my teachers and I have heard echoes of his slow, storytelling cadence and gentle humor in their voices. 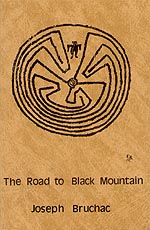 My grandfather never raised his hand to me or raised his voice in anger at me when I was a child. I will never forget what my grandfather told me about his own upbringing. "My father never hit me," he said, "no matter what I done. He'd just talk to me, tell me a story." Then he chuckled. "There was times I think I would of rather had him hit me. Them stories was strong."

Years later, when I was in graduate school at Syracuse University, I would drive the Harley motorcycle that was my main means of transportation out to the Onondaga Reservation -- on whose land the city of Syracuse had been built. There, as I sat in the house of my Clan Mother friend Dewasentah, I would learn that child-rearing without abuse, child-rearing through the telling of stories, had always been the norm for the Iroquois people, as well. Beating and harsh words can twist the spirit of a child. A story stays in a child's heart and helps that child grow up straight and strong. The more I traveled and listened, the clearer it became to me that throughout Native North America the rule was "Spare the rod and tell the story."

Strong stories. That is one of the things which most Native American authors of this last quarter century have in common. Whether they are poets such as Simon Ortiz and Mary TallMountain, Ray Young Bear and Joy Harjo or prose writers such as Louis Owens and Linda Hogan, N. Scott Momaday and Elizabeth Cook-Lynn, they tell strong stories. More than one Native author has told me how important it was to them to hear the stories when they were young, how those stories have remained with them. Simon Ortiz's father was well known as a storyteller at Acoma Pueblo. Simon once told me with pride how people used to refer to him as "the storyteller's son." It is no accident that an audio tape of N. Scott Momaday reading his own work was titled Storyteller or that Storyteller is the name of one of Leslie Silko's books. 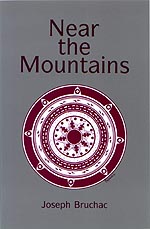 As a writer who is also a professional storyteller, I have learned that the best stories -- whether they are written down or carried on our breath -- always serve at least two purposes. First, they are interesting and entertaining. That way they will be heard. Secondly, they carry teachings which are morally and practically useful. Thus they teach lessons. No matter how well-meaning it may be, a dull story will either be ignored or forgotten. George Bernard Shaw, the British writer, learned that in his career as a playwright after discovering his earlier works, though earnest, were not being heard. The majority of Native American writers either grew up with that understanding or, like myself, rediscovered it as adults when they began to write seriously.

In the late 1800s, the American government embarked upon a campaign which was designed "to kill the Indian and save the man." Coercive assimilation was United States Indian Policy from 1887 to 1934. Native culture had to be eradicated to make the Indians properly American. Literacy was an important part of that campaign as Native children were taken from their families and sent to Indian schools. There their own clothing would be taken away and they would be put into military uniforms. Their hair would be cut short and they would be forbidden to speak Native languages. If they disobeyed they would be brutally beaten. Many of those children died of infectious diseases or committed suicide.

At Onondaga many of the children were taken to the Thomas Indian Boarding School. "It was awful," Dewasentah said to me, remembering those days when the truck would come to take the children away. "The parents had been told it was best for their children, so they would have them ready. But the children would cry and scream for their parents as they dragged them away. I can still hear them crying."

The irony of that government effort was that it developed a deep interest in books among the graduates of those schools. Some of those who came back believed what the government had taught them about their old ways being wrong. But among some the opposite was true. Many of the graduates of such Indian Schools as Carlisle in Pennsylvania became strong advocates for Native culture and Native rights. Instead of forgetting the old stories, they added in a love of written literature. I cannot tell you how often I have entered the homes of Native elders who were boarding school survivors and found the walls lined, like Dewasentah's, with books -- most of them about Indians. It was not an uncritical love of books, I might add, for those elders were usually quick to point out to me the books in their collections which (invariably written by non-Indian Indian experts) contained lies about their people.

When I went to West Africa as a volunteer teacher in the 1960s I became friends with Chinua Achebe, a well-known African novelist. Chinua told me straightforwardly that one of the major reasons he became a writer was a British novel called Mr. Johnson, which portrayed Achebe's Igbo people as ignorant, dirty and superstitious. Achebe, who had grown up in a spiritually rich storytelling tradition, wanted to tell a different story and did so in a magnificent first novel called Things Fall Apart.

That, of course, is the wonderful irony about literacy. If a supposedly superior culture forces literacy upon Native cultures, that "superior" culture then finds -- to the dismay of the missionaries -- that being able to read means being able to read not just the approved books, but also those which tell the other side of the story. Being able to write means the Natives will find ways to express the values of their original cultures in that new medium and that new language.

And so it is today. The works of the Native writers of the last three decades continue to tell those strong old stories, stories of spiritual survival, in poems and stories, in novels and essays and plays written in large part in English. The children and grandchildren of those who were taken from their homes by force and taught to have contempt for their tribal cultures today look back to the oral tradition, are inspired by it, and then continue the circle of stories, continue it through their writing.